Skierniewice was originally a village in the gift of the archbishopric of the Łowicz castellany in the Mazovian duchy. The archbishop’s palace was located here. In the second half of the 15th century Skierniewice became a village with a market. In the period of the Duchy of Warsaw between 1806-1815,Skierniewice fell into the hands of Napoleon. In 1919, the former Tsar’s palace and grange were allotted to the Warsaw University of Life Sciences. By 1939, the academics, having access to some limited funds, had built the basis of the scientific institution. Shortly after the outbreak of World War II, Skierniewice suffered some bomb attacks. There was a ghetto here for Jewish people, who, at the beginning of 1941, were transferred to the Warsaw ghetto, and, from there, to the Treblinka concentration camp. The town had a patriotic outlook, and fought with the occupying power, taking an active part in conspiratorial activities. In the second half of the 20th century Skierniewice underwent significant growth. It doubled in size. From 1957, there was relatively quick industrial development. Research Institute of Pomology and Floriculture and Institute of Vegetable Crops were established here. A particularly important event for the town was the creation of the voivodeship of Skierniewice in 1975. Following the administrative reform in 1999, Skierniewice was given the status of an urban district.

number of parishioners in Skierniewice deanery Sacred Heart of Jesus 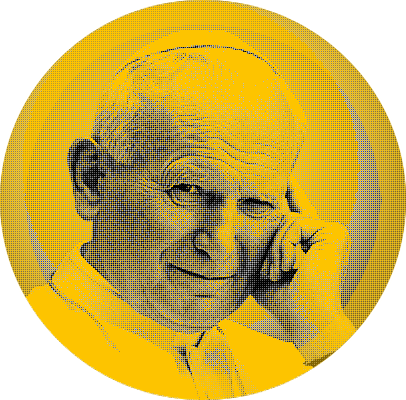 On 14th June 1999, during his seventh pilgrimage to Poland, the capital of the Łowicz diocese was visited by St. John Paul II (Karol Józef Wojtyła, 1920-2005). He remains one of the best-known and respected Poles in the world. During a pontificate of almost 27 years, during his numerous international travels, audiences, sermons and addresses, he unremittingly spoke to the world of the message of God’s mercy, passed on by Jesus to St. Sister Faustina. He was also initiator and patron of the International Youth Days. Apart from his visit to Łowicz, Fr. Karol Wojtyła, together with the Primate of the Milennium, Cardinal Stefan Wyszyński, visited the 12th century Collegiate Church of the Blessed Virgin Mary and St. Alexius in the village of Tum near Łęczyca, where he preached a sermon. St. John Paul II also conducted a retreat for the girls attending the school of the Sisters of the Immaculate Conception of the Blessed Virgin Mary in Szymanów. 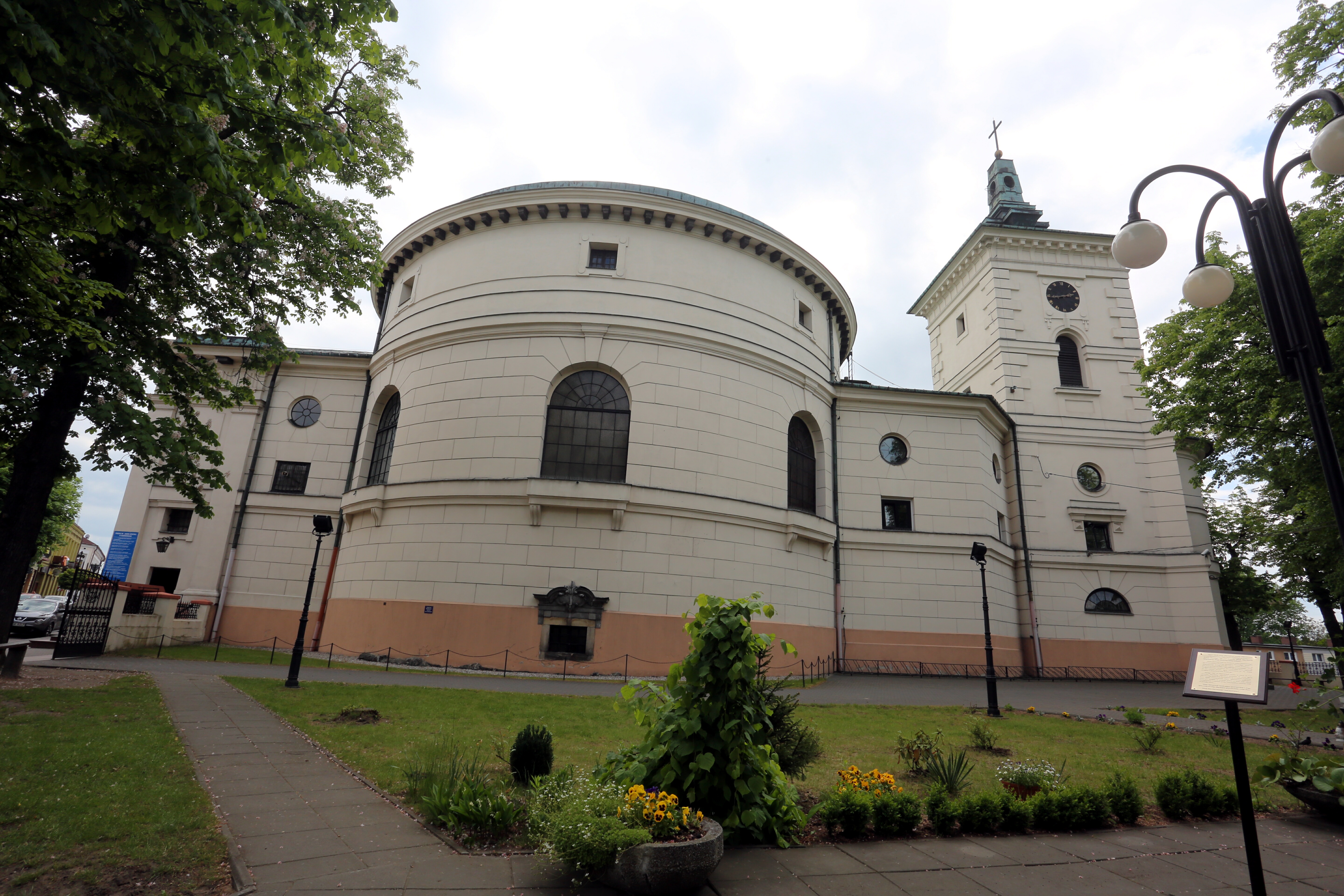 The Church of St. James the Apostle, Skierniewice – founded in 18th century by the Polish Roman Catholic primate Ostrowski, together with the decoration of the interior with its polychrome elements, created by the well-known artist, Efraim Schroeger. The church has six altars. 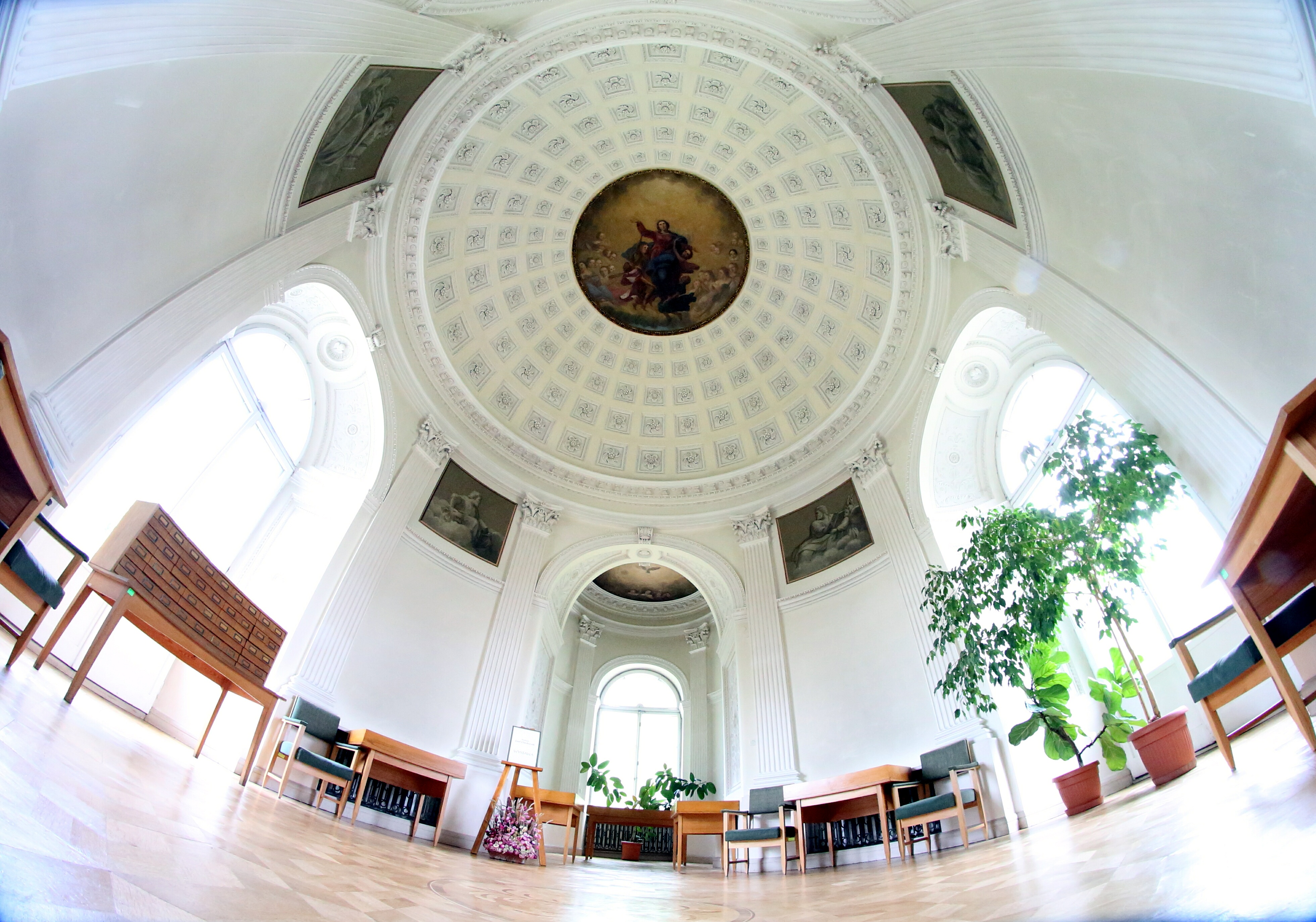 Primate’s Palace – a site comprising a park and palace, dating from 17th century. It was rebuilt and restored several times. The palace was occupied by the archbishops of Gniezno, marshall Ludwik Dawout, Konstanty Pawlowicz, and various Tsars. 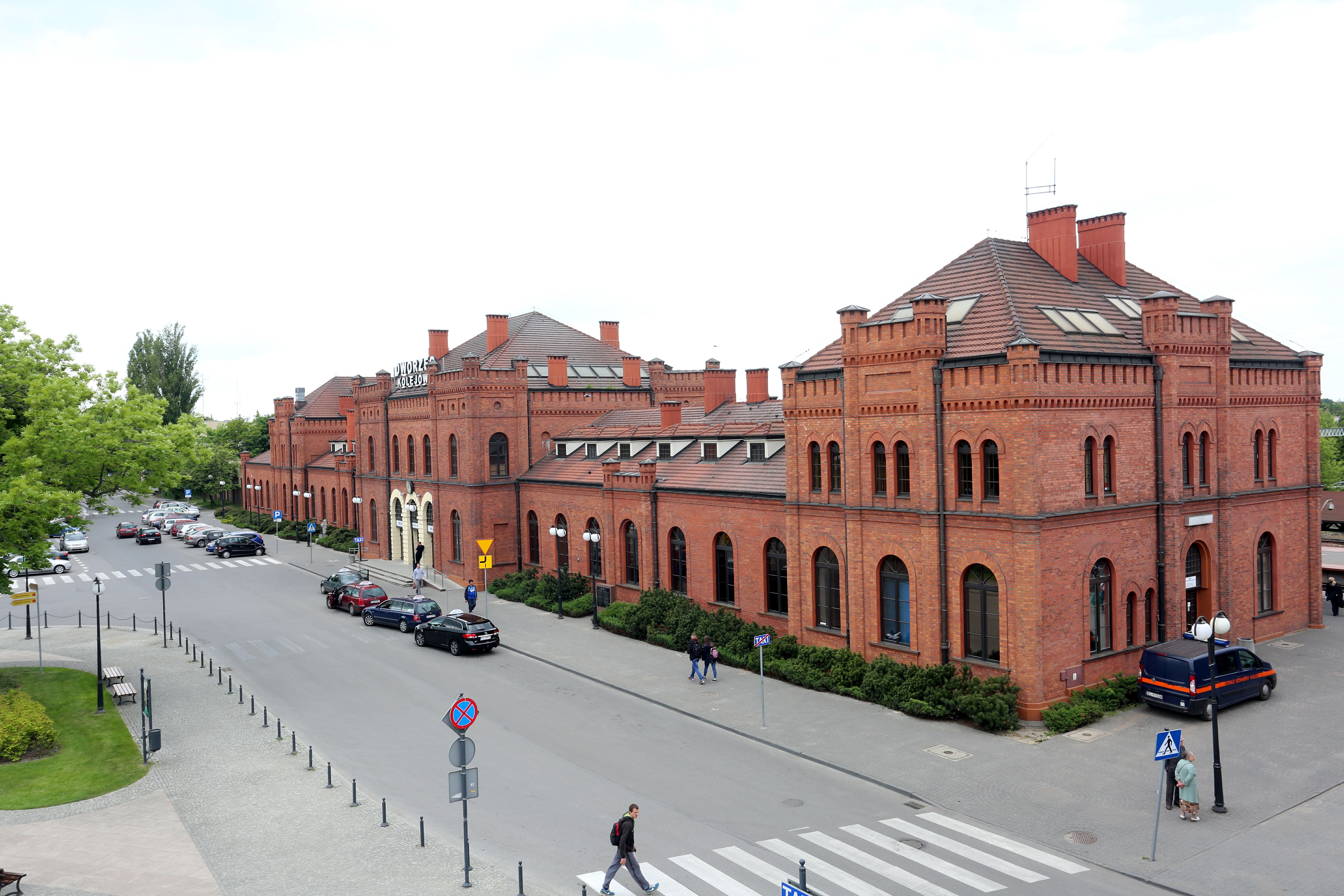 Period Railway Station – this station was built in 19th century, and is known as the tsarist station, due to the presence of the Tsar at his summer residence in the Skierniewice area. It was constructed in the English Gothic style, with a Neoclassical interior, and is located on an important rail route. 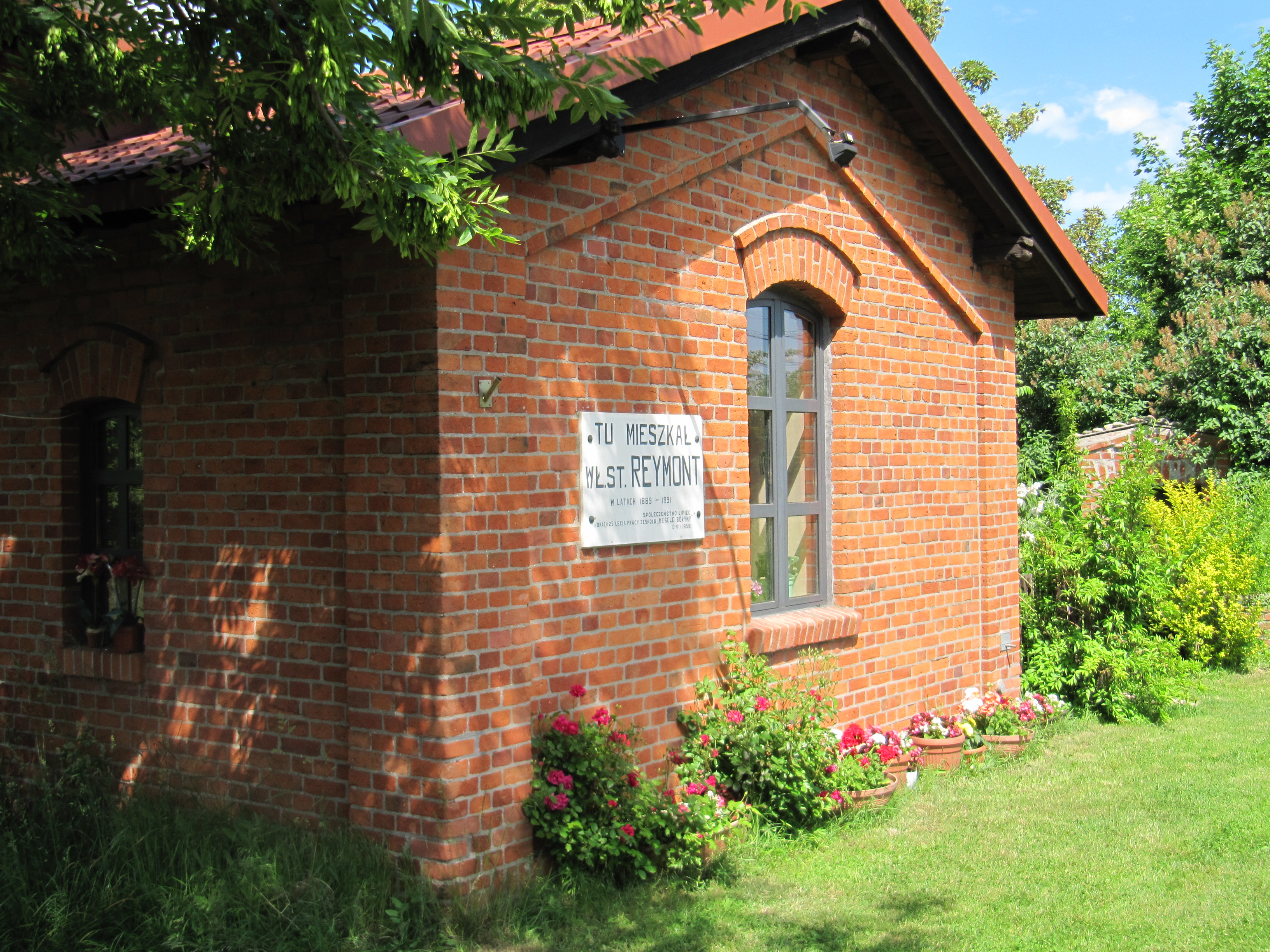 Władysław Reymont Museum – a museum containing a variety of exhibits concerning the culture and history of Lipce: old costumes, materials, embroidery, household equipment used in cottages in this area, agricultural tools, and also items directly connected with the winner of the Nobel Prize for Literature, Władysław Stanislaw Reymont, author of the novel Chłopi (The Peasants). 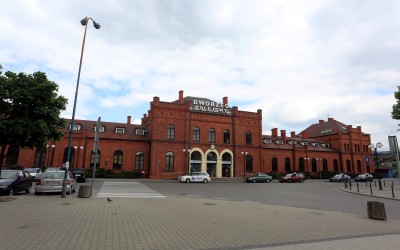 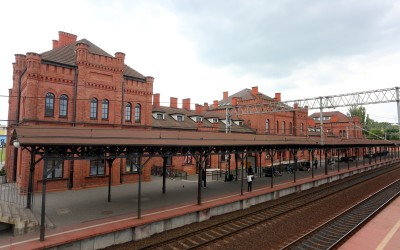 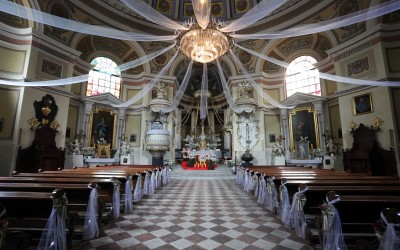 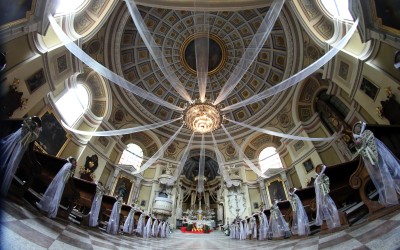 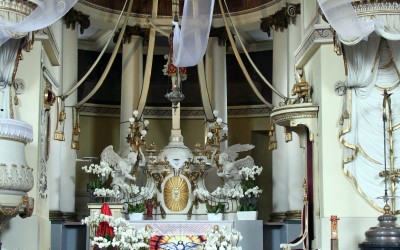 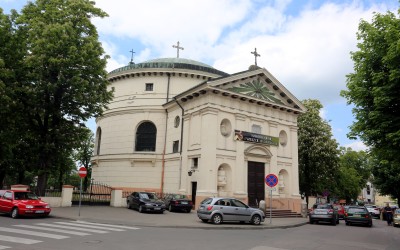 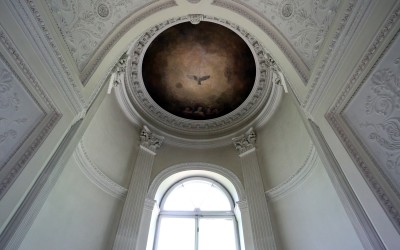 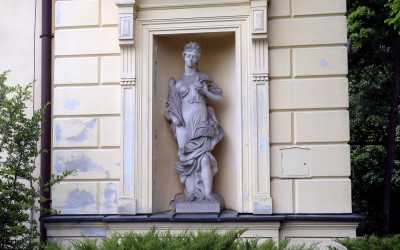 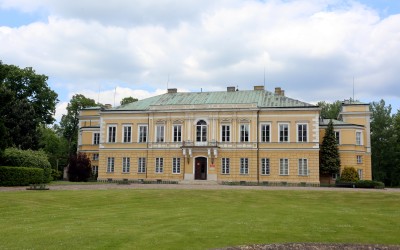 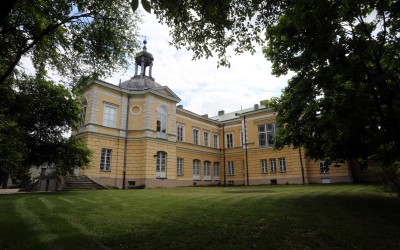 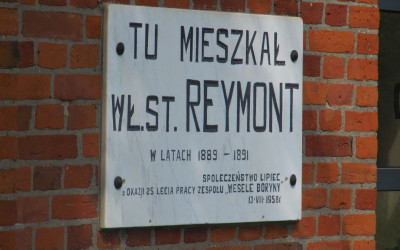 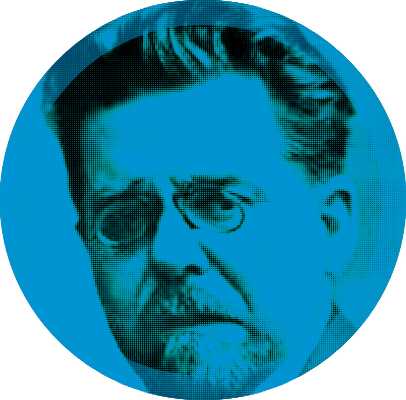 Władysław Stanisław Reymont (1967 – 1925), was a Polish writer and novelist, whose work was representative of the Polish Modernist movement. He is widely known mainly due to his four-volume novel, The Peasants (Chłopi), for which he won the Nobel Prize for Literature. In this work, he presents the life and times of the residents of the village of Lipce, situated not far from Skierniewice, where he lived for some time. With exceptional realism, he writes about the agricultural working traditions, governed by the rhythm of the seasons, as well as the changes in the village community. The second of his book which is well-known is The Promised Land (Ziemia obiecana), in which he presents the growth if a capitalist town , in his times, represented by the city of  Łódź.