Kutno is a town and a commune in the central part of Poland. It is situated in the Łódz voivodeship, and in the Kutno district on the River Ochnia (a tributary of the Bzura). Kutno is one of the old settlements. The name first appears in documents dated 1301. In 1386, the right of a trading village was granted, and in 1432, it received a town charter. Due to the running of a railway line through Kutno in 1862, which was known as “The Warsaw-Bydgoszcz iron road” the town experienced dynamic growth as an economic and commercial centre. Between 9-12th September 1939, the Battle of the Bzura took place here. Between 1940-1942, there was a Jewish ghetto in Kutno. As a result of the increasing network of road and rail routes, the town is attractive to investors. In 1996, Kutno played host to an International Tournament of Baseball. From that point, Kutno has become well-known all over the world for its links with baseball, and is the headquarters of the European Little League Baseball Centre. In 1999, as a result of administrative reform, the Kutno district reverted to the Łódz voivodeship

number of parishioners in Krośniewice deanery

number of parishioners in Kutno deanery St. Michael the Archangel

number of parishioners in Żychlin deanery 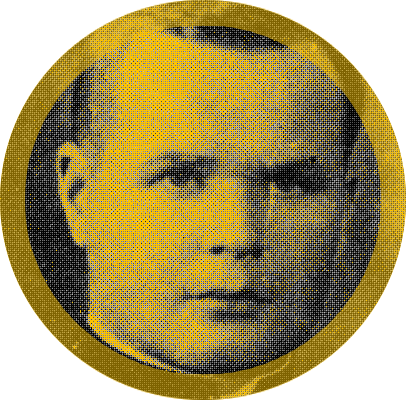 Blessed fr. Michael Oziębłowski (1900 – 1942) was dedicated to work with the poor, and was a committed co-worker of fr. Michael Woźniak at the parish church in Kutno. When the Germans entered the town, he chose not to take advantage of the possibility of escape, but continued to work hard in the parish. As a result, he was sent to the Dachau concentration camp. Despite torture, beatings, hunger and hard labour, he continued to serve his fellow prisoners until the end of his life, demonstrating his enormous love for God and his neighbour. 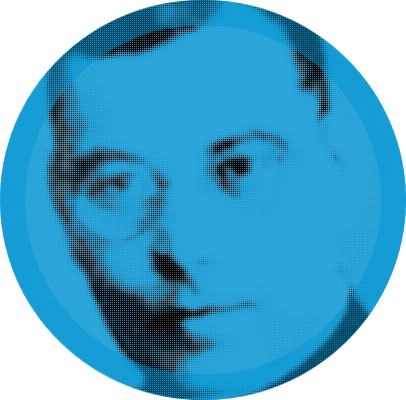 Not far from Kutno lies a small village with a monastery occupied by Salesian Priests. It is called  Woźniaków, named after blessed fr. Michael Woźniaka (1895 – 1941). From the very beginning of his work as a priest, he was a dedicated pastor and youth worker. Committed to work with the needy and homeless – both among youth and adults. The mercy he showed to the neglected was demonstrated by the dedication of his private fortune to the use of the Salesians. On the estate purchased with this money a school and  chapel were established. During the Nazi occupation, he was parish priest in the Kutno church of St. Lawrence. Arrested by the Germans, he was taken to the concentration camp at Dachau. His death was the result of exhaustion. 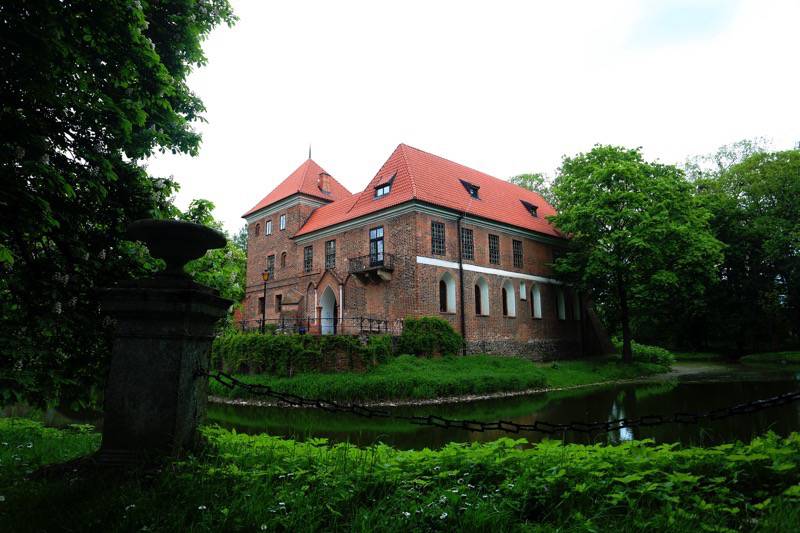 Oporów Castle – a late-Gothic fortified knights’ residence. The building is surrounded by a scenic park. The castle houses a museum with an exhibition of palace interiors. This presents decorative art, including paintings, sculptures and arts and crafts objects from 16th to the beginning of 20th centuries. Not far from the castle a historic monastery site of the Pauline Fathers is located, with a Gothic brick-built church dating from the first half of 15th century.

The Shrine of Our Lady of Głogowiec, Głogowiec – this is situated in the Gothic church of St. Adalbert. This brick-built church has existed since 15th century, and its predecessor was wooden. During the communist period, illegal meetings, patriotic Holy Masses, and demonstrations took place here. The first Stations of the Cross for the Tortured Polish Nation was established here. 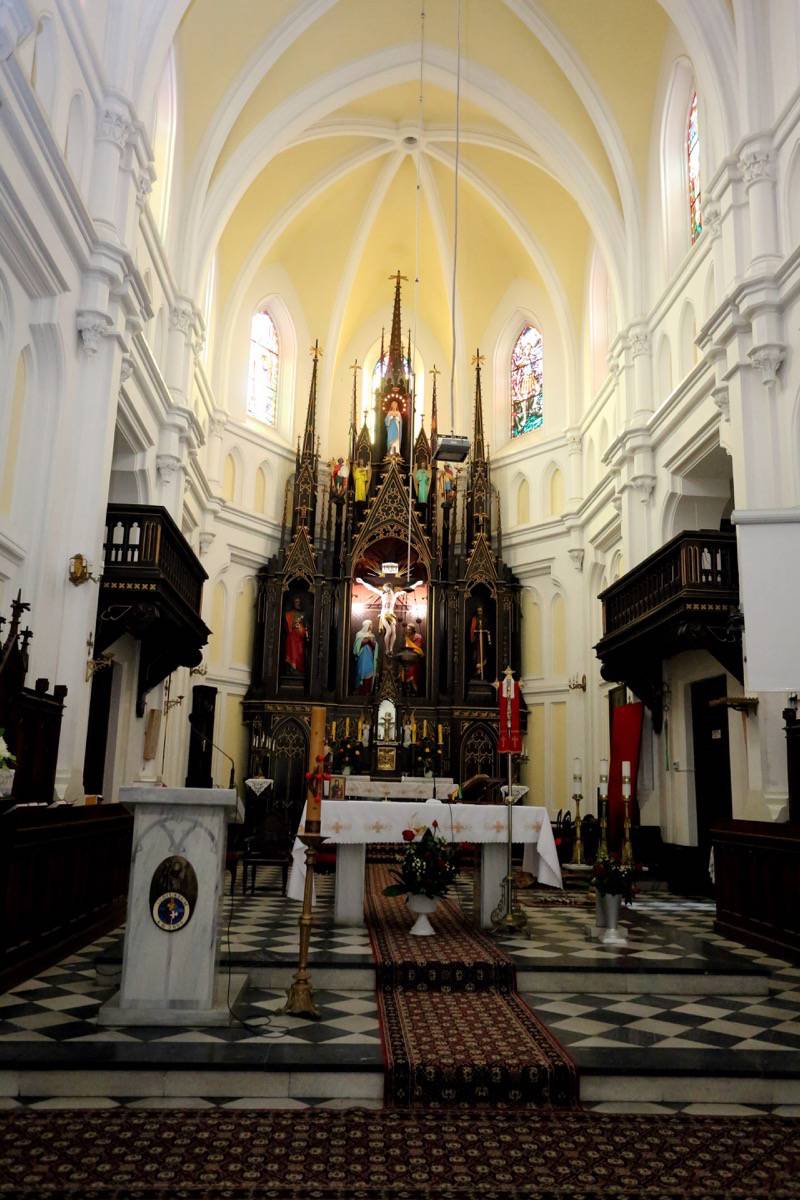 St. Lawrence’s Parish Church, Kutno – the current Neo-Gothic building stands on the site of the previous Gothic church. The parish priest from 1923-1942, was blessed Fr. Michał Woźniak, and the parochial vicar was blessed Fr. Michał Oziębłowski. Both perished in 1942 in the German concentration camp, Dachau, and were beatified by John Paul II, as a part of the group of 108 World War II martyrs in 1999. 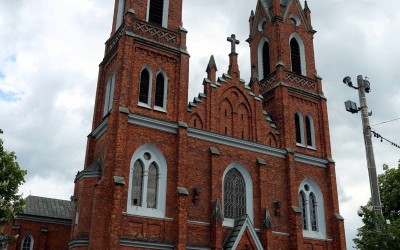 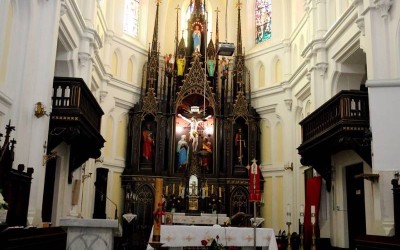 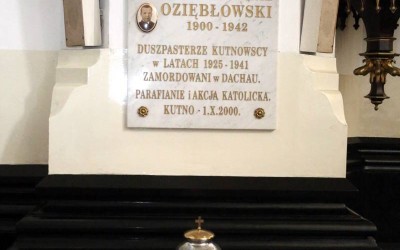 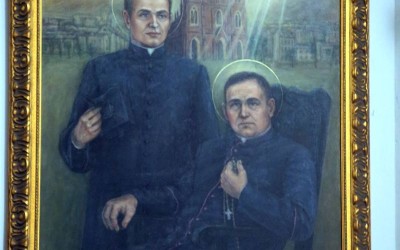 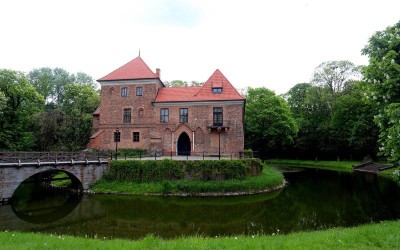 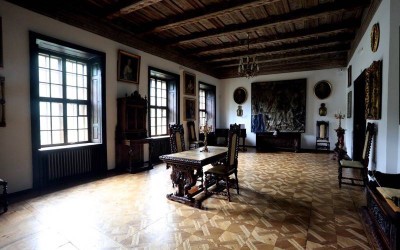 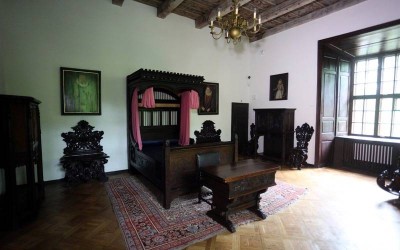 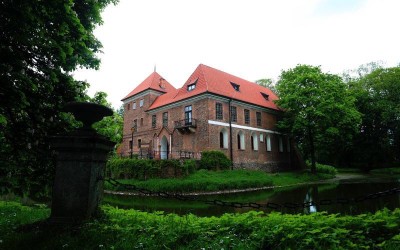 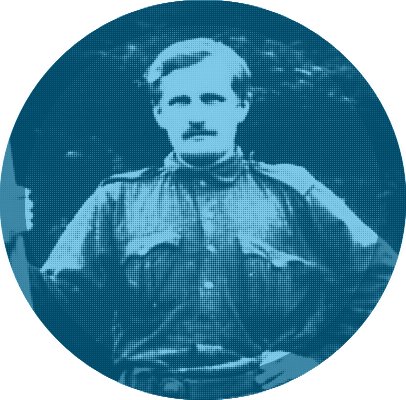 In the vicinity of  Żychlin, lies the village of Trębki, birthplace of Andrzej Juliusz Małkowski (1888 – 1919). He was one of the pioneers of the Polish scouting movement, and a scouting theoretician and instructor. His close contact with scouting began when, as a punishment for twice being late, he received a textbook to translate, written by Rober Baden-Powell, and entitled Scouting for Boys. He soon began to propose scouting as a new and effective means of education, thanks to which there was something of a rebirth of Polish youth. In his work, Małkowski educated young people not only in the principles of good behaviour, but also taught them love for their country, and prepared them to fight in its defence.